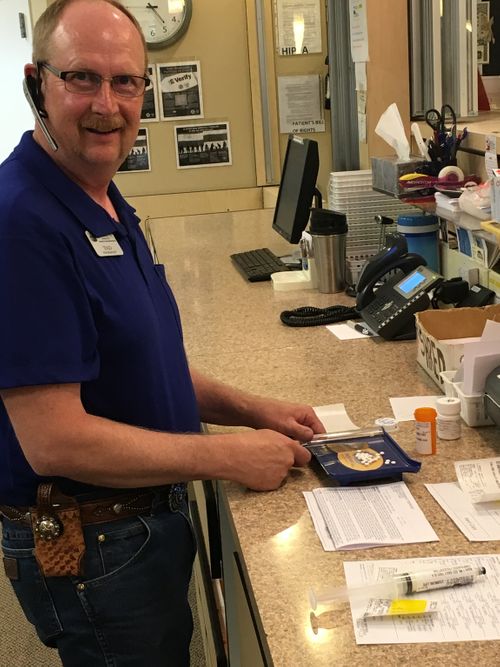 It all started with Joel Jolley, a young man from Tropic (a tiny town in southern Utah,) who served in Guam during World War II, married his sweetheart, Mary, from Provo and graduated from the University of Utah’s College of Pharmacy in 1950, the college’s first graduating class. Joel opened a store on the corner of 900 East and 900 South in Salt Lake City in 1954.

Joel and Mary eventually had 7 children who grew up working in the store. Subsequently the next generation of Jolley’s also helped with the store’s growth. Four of Joel’s sons expanded the business and opened other locations. Today there are 4 stores – Sugar House, Foothill Boulevard area, Sandy and West Jordan.The stores have seen many changes through the years – everything from soda fountains, to post office contract station, video rentals, deliveries, floral shop and gifts.

The stores eventually added a unique feature called compounding – the art of mixing ingredients from a doctor’s prescription to meet the individual needs of patients. Among the capabilities is to make a unique dosage form or strength, add flavorings to liquids or make preservative free creams and lotions as well as many other specialized items.

Joel passed away in 2010 but the legacy has been passed on to his posterity. The stores still reflect his work ethic, integrity and pride in providing the best customer service available. Thanks again to the supportive community as we look ahead to many more great years.